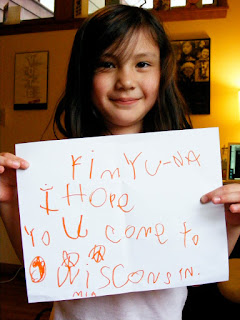 Keep your thoughts flowing. We have two adopted Korean grandsons whom we love. It is helpful to see the world through the eyes of those who have had that experience. Oh yes, your daughter is beautiful.

Will do. Thanks for reading, and yes, I think my daughter is smashing too.