What’s in a name?

This video really spoke to me via Upworthy:

I recalled my father’s early days in Tennessee. “Enrique” was hard to say, so he always told people to just call him “Jim.” So, all the newspaper clips read “Jim Gonzalez.” 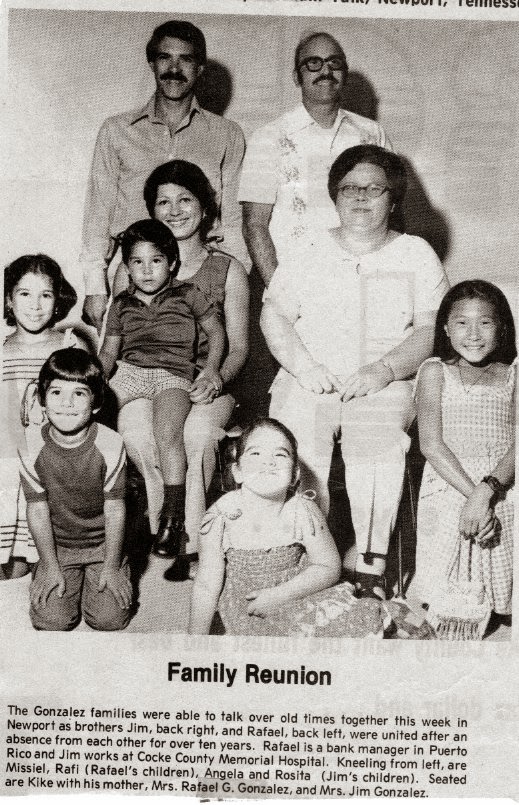 This video got me thinking, and of course, when I think, I tweet:

My tweets feed into the Facebook account which I maintain for my friends and not the general public. The last tweet brought a flurry of conversation. Unfortunately, not everyone had read the entire thread.

Commenters tried to console me by letting me know that they too suffered from the name shortening. When I tried to explain the entire thread, a commenter asked this question: “Is everything about race to you?”

I responded this way:

“Race is a huge part of me. Not just my Korean self but my Puerto Rican self too. I don’t expect you to know that, but I do expect you to try and understand that. Again, I have been called ‘Roserita, Rosalita, Risotto …’ then, when I correct them, I have been asked, ‘Can I just call you “Rosie”?’ I hate shortened names for that very reason. My children’s names were chosen to be short so they couldn’t be butchered. (But alas, they have been shortened even further.) I get that people like to shorten names often as a expression of familiarity, but that hasn’t always been the case for me. I have had new acquaintances ask to call me ‘Rosie’ and I have accepted that politely … ”

The conversation continued both on my Facebook page and in messenger. The commenter continued that my full Puerto Rican name was as “American” as his. I responded that this is very dependent on what our definition of “American” is. I explained that, to me, the melting pot was a middle class fallacy.

I doubt my commenter understands that I am profiled and assumed by many just on the basis of my name. This commenter’s name is as generic as John Doe. It is difficult for me to explain my experience to someone who has never experienced what I have. My British husband realized this early in our relationship. When we lived in Tennessee and began our hunt for a new apartment to share, I would call and leave a message about a place leaving my name. No one called me back. Then, he would call the same number, and he would immediately get a call back.

If you have followed me for some time, you know how idyllic my life was in Virginia. I had two very dear Asian friends, my kids had friends who resembled them racially. Our community was less segregated, and I was blissful in my everyday life, but there were hints of a longing for an identity. This commenter met me during this time in my life. I was the model minority. Married to a white man, living in a middle class home and going about my daily life as a mother … that was how I was living. I wasn’t questioning the injustices that most likely happened all around me. I was white by default … having a white mother, a white family and white friends.

The commenter’s final words were these: “… it does concern me that you’re so obsessed with race; I think this obsession is a self-defeating waste of energy.” He’s confused. Trust me, I’m still confused, but clarity is coming. My children are the catalysts for change, that is why I spend my time and energy writing about race and adoption.

It seems the further I distance myself from my white identity, the more I am called, “angry.” As long as I stay silent about the prejudices I feel and experience, the less threatened others feel. But why should they feel threatened? I am not angry, but frustrated and motivated to change how we are viewed.

I cope with my racial identity, adopted children cope, my children cope. But why should we just cope? I want to see our communities recognize and address racial inequities instead of saying “It’s better.” I think it is time for those in places of power to cope with the realities of race.

As my fifth grade teacher taught me, “Good, Better, Best … never let it rest, ’til the good is better, and the better is BEST.”