Somebody Else’s Past: Growing up in the Shadow of Adoption

Dear readers, below you will find the words of one I call “the second generation of adoptees.” These words are poignant as they may be echoed by my children one day. Read and respect them, because adoption is more than just birth parents, adoptive parents and adoptees. Our lives and adoptee experiences reverberate to those we now call family … our children.

It makes me a little uneasy to write about the experience of being the child of an adult adoptee.  I feel like I’m stepping into a war zone. There seem to be two camps — adoptees and adoptive parents — and both seem fierce and unforgiving. Whose side am I on?

Mostly my mom’s. She was born in a government hospital in Bombay, India, into a culture and time where poverty and female infanticide went hand-in-hand. Instead of being poisoned or starved, she was taken to a Catholic orphanage, where she lived for two years until she was adopted by a Portuguese Catholic Indian from Goa, which was at the time a Portuguese colony but is now an Indian state.

In the 1930s, under the Indian and Portuguese laws of the time, the legal rights of the Indian adoptee were neither specified nor protected. Foreign adoptions were infrequent; unwanted children were most often adopted by upper and upper-middle class Indians as servants. As she grew, Mom was raised not as a daughter, but as a housekeeper, farm laborer, and nursemaid; an older female servant physically and emotionally abused her.

She bore the paralyzing cultural stigma of being adopted, or poskem. Regarded as socially inferior, most poskem existed on the margins of society. Many remained unmarried, continuing to serve their adoptive families. At the death of her parents, the poskem received no inheritance, but would continue in service to her parents’ biological children. If they wed, it was usually to another poskem.

It’s a lot of backstory, but I needed to explain that my mother’s ongoing emotional pain at her abandonment and adoption is complicated by cultural, social and other issues, and I write this with a (mostly) complete understanding of them.

Through some miracle of God, lucky twist of fate, wormhole in the Universe, or whatever else you choose to believe, she and my North Carolina-born father were in the same strange place at the same time, looking for something different than what they had always known. They found it, got married, and came to the States together in 1964.

I can’t remember ever not knowing that Mom was adopted and understanding that it was a source of enormous pain. Her sorrow, anxiety and controlling nature dominated my childhood. When she talked about her biological parents, it was always the mother, never the father. “I still don’t understand how she could just give away her baby,” she says. “How could she do that? What kind of person could do that?”

I’ve always felt kind of sorry for my Indian ajji — I’m sure she had a horrible, horrible life before and after my mother was born — and I always make excuses for her. Maybe she lived in a slum and already had too many children, I speculated. Or her husband made her give away the girl-baby, or she was young and unmarried and her parents made her take the child to the nuns.  “Mom, you hear these stories on the news all the time,” I say. “It doesn’t mean she was a bad person.”

Usually she answers my theories with tears, or as she’s gotten older, silence. As she approaches her 80th birthday, I’ve learned to keep my big mouth shut when she wonders out loud about her mother. At this point, the best response is “I’m sorry, Mom,” and a big hug.

She has a single snapshot of herself as a child, taken when she was ten years old at her first Communion. Her birth certificate is a piece of cut-in-half letterhead from St. Joseph’s Orphanage in Byculla, Bombay, with a few typed lines indicating the days of her birth and baptism. She cried when she showed it to me. She was ashamed of its paucity, especially when compared to the elaborate footprinted and notarized birth certificates of her American-born children. “It’s nothing but a few lines, but I needed to have it,” she said.

She once told me that even though she had a full and happy life, she felt there something missing —  a little hole deep inside that she would never be able to fill. This was too much for the teenage me. Why was she always so sad? Why did I have to spend so much time comforting her? 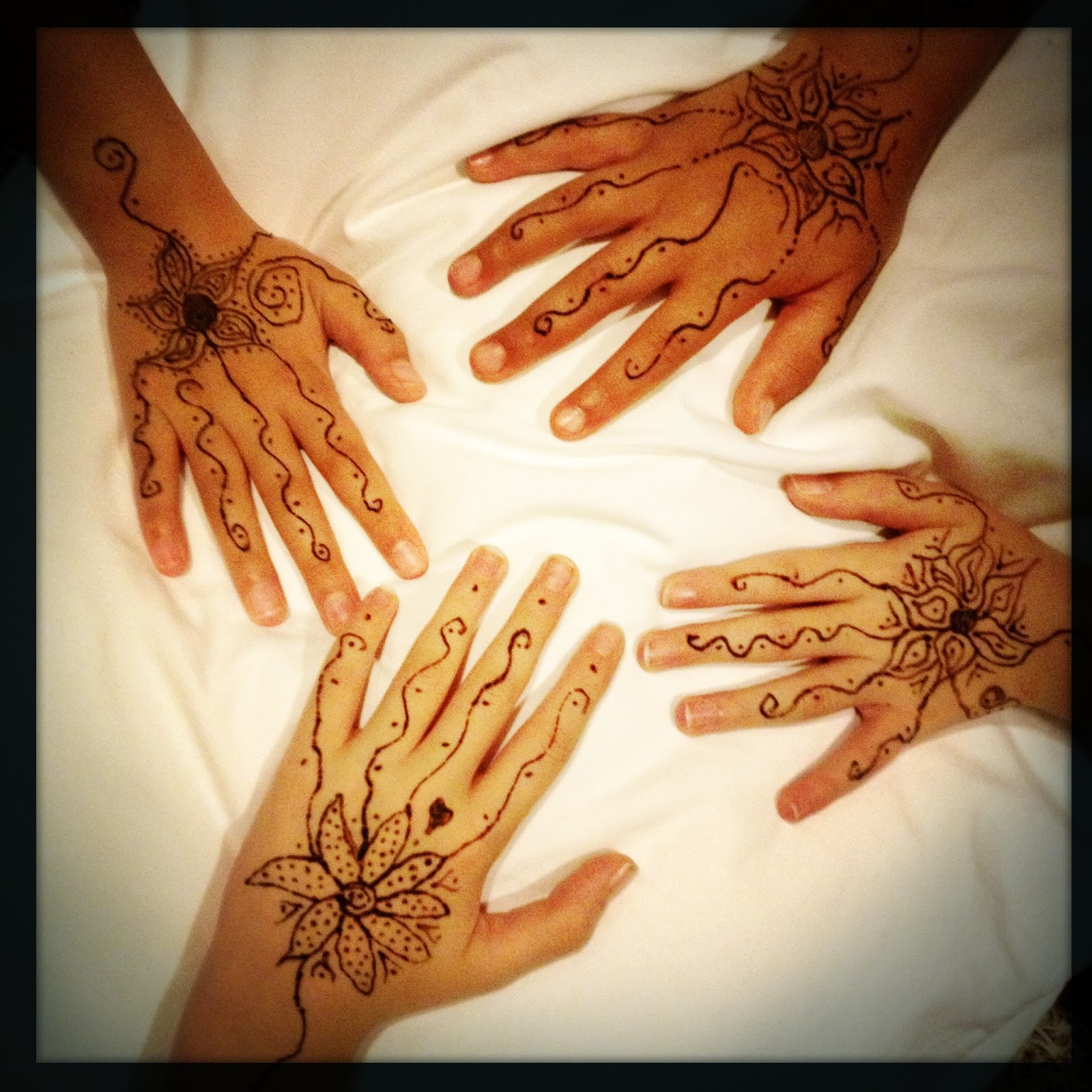 Why wasn’t she grateful?

She had us, after all. Daddy would have done anything for her. His mother treated her like a daughter. She had two boys and two girls, exactly what she told Daddy she wanted when they got married. We weren’t rich, but we had a three-bedroom house in a decent neighborhood, a big yard, two cars, a phone, and two TVs. It was a lot better than living in a Byculla slum, pissing in an open ditch, fetching water from public taps, and working as the servant of a wealthy Brahmin.

What disturbed my 13-year-old self the most was that if Mom hadn’t been abandoned and adopted, she wouldn’t have eventually met Daddy. I wouldn’t be here. She hated the fate that allowed me to be alive?! Even though it was awful, it led her to Daddy and to us.

Like most teenagers do, I took it personally. Trying to work through it at a young age, I decided there must be “bad” adoptions and “good” ones, and reckoned that my mom’s psychic pain was the result of her “bad adoption.” Adoptees with “good adoptions” were lucky, and probably grateful and happy. A nice and tidy explanation that helped lessen my teenage cognitive dissonance.

Beyond that, it was too difficult to understand or deal with, especially since I was also busy juggling race-related issues. At that time, a chocolate-brown, sari-wearing Indian woman, a white American man, and their four little biracial kids didn’t exactly fade into the woodwork of a small Southern town. I spent most of my time and energy dodging rednecks on the school bus, avoiding racists in the hallways, trying to fit in with anybody who didn’t call me a half-breed, and studying hard enough to be able to get away from the walnut-minded people in our stupid little town.

I only became curious about Mom’s background in my late twenties, after I left the South. Away from my mother, the overtly hostile stares and behind-the-back glances at our freaky mestiço family, and the rest of the South’s creepy racial baggage, I traded in my anger and frustration for sympathy. I began to grow closer to her.

Life happened — career, money, marriage, sickness, suffering, death — the ten thousand joys and sorrows of growing older. In between, I imagined the lives of ajji and ajjo. I dreamed of dozens of aunties and uncles and cousins, and had the staggering realization that I will never know them, ever. I was born in an abundance of inherited sadness, sings Ryan Adams. You're born into this life paying for the sins of somebody else's past, says Bruce Springsteen. I wanted to know: What sadness? What sins? Whose past?

I realized that my emotional needs and longings were so similar to my mother’s. Her sense of loss had become mine, although hers was much deeper and more painful. With a sense of shared experience, my feelings towards her then evolved from sympathy (feeling sorry for her) to empathy (being able to put myself in her shoes). It was a turning point in my understanding.

How could she not be controlling, anxious, and depressed? Much research has been done on the psychological issues of the adoptee. The neglect and loneliness experienced by children institutionalized in orphanages is well documented, as are the feelings of shock, trauma, rejection and loss experienced by many adopted children. Research has shown that fetuses respond and adapt to stimulus in the womb, including elevated stress hormones. Scientists think that the fetus permanently conditions itself to deal with elevated stress hormones, putting it at a higher risk for stress-related conditions as an adult.

Wouldn’t carrying an unwanted pregnancy to full-term, knowing that you’re going to give up the child at birth, be a pretty major source of stress? That would make adoptees biologically more susceptible to anxiety, depression, and other emotional issues from birth. I’m not a scientist, but through the lens of mental illness, it seems kind of obvious.

Adoption itself can be a blessing — but abandonment is a curse. Being adopted is never going to erase the trauma of being abandoned, whether or not the adoptive relationship is “good.” So to my teenage self: yes, adoption saved Mom from life in a Bombay tenement. It brought together two people that loved each other, and many beautiful people exist because of it. But, dear teenage me, adoption by definition is preceded by an abandonment that can have a devastating impact on the adoptee.

I would hope this would be Adoption 101 for prospective adoptive parents, and that they have a reserve of intelligence, compassion and common sense to draw from as their children grow, ask questions, deal with race problems, seek answers about their background, experience emotional issues and setbacks, and perhaps eventually search for their birth parents. But sadly, the online anger of adoptive parents directed at supposedly “ungrateful” adoptees tells me that this is not the case. (In the reaction of many white adoptive parents to their non-white children’s feelings of loss and curiosity about their background, I detect more than a whiff of that toxic-but-so-familiar combination of white privilege and white man’s burden — but I digress.)

And so since the adoption industry, and I use that word fairly pointedly, can’t even seem to properly instruct adoptive parents on how to deal with their child’s potential emotional problems, it has certainly not gone the extra mile to develop guidelines for adult adoptees and their children. We need empathy, understanding, love and maturity to figure out for ourselves how to navigate these rocky shoals.
Posted by mothermade at 6:00 AM 10 comments:
Labels: adoptee, adoption, adult adoptee, children, CS Brown, international adoption, racial identity, second generation
Newer Posts Older Posts Home
Subscribe to: Posts (Atom)