This blog post has been housed in my head since I heard This American Life’s Episode 498 a few weeks ago. You can listen here.

On our way up to the Korean culture camp on July 4th, I took the opportunity (long car journey) to catch up on my listening. My husband and I were seated in the front seat, listening.

Act Two, The Gun Thing You’re Not Supposed to Do, began playing. A woman from Texas told the story of how her family prided themselves on their responsibility in teaching gun safety to the children. However, this woman, after the Newtown shootings, revealed to her family that she had, as a teen, secretly used the handgun hidden in her parents’ dresser, and narrowly missed shooting herself.

The father and mother were devastated but changed their behavior by locking up their guns. However, her brother, Matt, (at minute 45:59) said, “I kept callin’ her how stupid she was! That she must have been adopted!!”

At these words, I sucked in my breath. My husband looked, wide-eyed, at me. We both glanced to the backseat, but both kids were busy and distracted.

The brother continued to talk about how his sister asked him if it changed the way he would handle gun education with his children.  At this point, the host, Ira Glass responded, “So your plan is when you have kids, they’re not going to be idiots like your sister.”

That joke and the comments were not funny to me. I wanted desperately to stop the car and write it all down. Luckily, I was not able to do so because my post would have shown my initial anger.

I like to think that I am not an angry person, but the misuse of the word “adopted” upset me. It hurt. Being adopted does not make you immediately “stupid” or an “idiot,” but hearing those words in the same conversation, in jest or not, does not help. I have the utmost respect for Ira Glass and listen to him every week, but his attempt at irony was lost on the brother, on me and who knows what countless others.

This misuse of the word, “adopted” happens everyday. The Twitter page, @AdoptionHonesty, is documenting all uses of the word “adoption” and its derivatives.


MT "@rissa_rosee7 Sometimes I question myself "Was I adopted?" but then I'm like "Naaa my parents wouldn't adopt a kid""
— Adoption Honesty (@AdoptionHonesty) July 20, 2013

In the last post, I spoke about my calculated and careful writing when I write about race. But in actuality, I am mindful when I write every post.

My goal in writing this blog began in 2007 as a way to record my feelings on my adoption, my race and my life for my children and their children. It would be my way of creating a family history that wasn’t oral, but concrete.

As I transitioned from a private life blog to a more public presence, parents and grandparents began contacting me and writing me. They wanted to hear my stories.

Since meeting other transracial adoptees and learning more online, I have heard many angry stories. I fear that anger only shuts down a conversation.

To keep the conversation going, I can merely give my personal story and impressions. Hopefully, these stories will become threads in the fabric of families and the quilt of adoption.


Posted by mothermade at 3:18 PM No comments:

Let’s talk about the skin we live in.

In the past week, race has flooded the public discussion. The outcome of the Trayvon Martin case was frustrating and disheartening. I felt angry, then disappointed, beaten down, and sad …

Quite a lot was said on the news, on Twitter and Facebook, but President Obama finally injected some inspiration with his succinct speech on Friday when he said this:


“And then finally, I think it’s going to be important for all of us to do some soul-searching. You know, there have been talk about should we convene a conversation on race.

… in families and churches and workplaces, there’s a possibility that people are a little bit more honest, and at least you ask yourself your own questions about, am I wringing as much bias out of myself as I can; am I judging people, as much as I can, based on not the color of their skin but the content of their character? That would, I think, be an appropriate exercise in the wake of this tragedy.”

In response to this speech, Charles M. Blow in the New York Times wrote a beautiful Op-Ed piece on the validation he and others have felt by hearing the leader of our country contribute to the race conversation.  He wrote this:


“And while words are not actions or solutions, giving voice to a people’s pain from The People’s house has power.”

Talking about race is difficult to do. When I have written about it, it has been with a personal slant, but I am often mindful that I might upset friends or loved ones, or anger people who misinterpret or misunderstand my meaning.

In my opinion, President Obama’s speech was neither angry or accusatory. He was sincere and somewhat pleading because, simply put, he has lived his life in his skin. He has seen the prejudice in our country firsthand before he became Senator (and I attest that it has continued in a more public way since he became president).


In his sobering, serious tone, President Obama confirmed his otherness and encouraged us to continue the conversation on race.

He also emphasized that our nation is progressing. With each conversation, a generation chips away at racism.


“Each successive generation seems to be making progress in changing attitudes when it comes to race. I doesn’t mean that we’re in a postracial society. It doesn’t mean that racism is eliminated. But you know, when I talk to Malia and Sasha and I listen to their friends and I see them interact, they’re better than we are. They’re better than we were on these issues. And that’s true in every community that I’ve visited all across the country.

And so, you know, we have to be vigilant and we have to work on these issues, and those of us in authority should be doing everything we can to encourage the better angels of our nature as opposed to using these episodes to heighten divisions.”

We are talking. Let’s also listen. If we can do both, Trayvon’s death, while tragic, may spur positive change in our country.

Posted by mothermade at 12:01 AM No comments:

While most Americans were celebrating our country’s independence on July 4th, my family woke in the wee hours of the morning to make a pilgrimage.

My children were reluctant and kept asking why we needed to get up at 5 a.m. and drive four and a half hours to Minnesota. What could possibly be SO important?!? 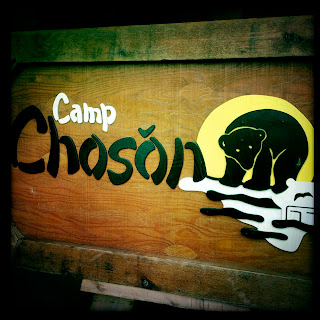 Upon our arrival, we were immediately enveloped into a touring group. Many adoptive parents huddled around the tour guide as she walked parents and preschoolers around the Girl Scout Camp Lakamaga. In the shade of a large tree, my friend, Dan, worked with small elementary children on their Taekwondo skills. My teenage son began to fume, most likely wondering why we brought him to a tiny kids culture camp.

We walked into a dance studio and were met with swirls of color and graceful toes sliding across the floor. 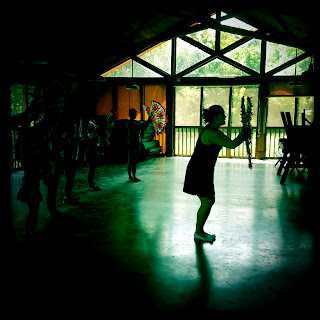 The dance instructor, Brooke, walked over to chat with everyone and introduced herself to my children. Then, she smiled, looked at me and said, “You must be the adoptee.” My son continued to fume.

Next we ventured to the market, where Korean items could be found and bought. The kids tried frozen confections. I was drawn to a Korean pendant. 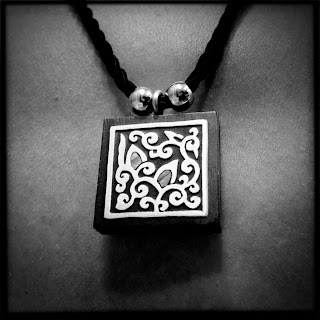 Our tour ended in the dining hall. Round tables were filled with smiling, laughing faces. All but a few were distinctly Korean. My son picked at his Korean food. My daughter gleefully ate her meal and said, “I love Asian food!” My husband went up for seconds of kimchi.

Two of my friends, Cam and Matt, counselors at Camp Chosŏn came to chat with my family. They talked to my son and expressed their excitement at possibly seeing him next year at camp. Again, my son fumed, but this time a bit more politely.

As the dining hall emptied, Dan came to sit with us to eat. He talked candidly with my son. He explained that many of the very young campers were Hapa (mixed raced Asian). “They are the second generation adoptees,” said Dan, “We could use you (my son) to come and join the camp. When they grow up to be teens, they will need someone like you to talk to. I’m not sure I can talk to them like you can. You are Hapa, I’m not.”

The shroud of doubt began to slip away. My son began to see his place.

Our day ended watching the young teens play and talk along the lakeside. Cam invited my son to come back and join the group next summer. I watched as the teens gathered for photographs. 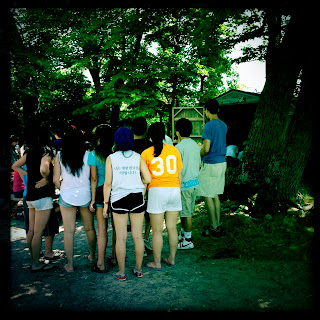 I quietly sighed, longing for that chance to connect with kids like myself at that age. Perhaps, Camp Chosŏn will introduce me to more adult adoptees so that I can share and reflect with them. From the number of small Hapa children, I suspect I will not feel alone.

Cam and Dan have such an understanding of themselves and their transracial adoptions that I have yet to fully grasp. Comfort lies in knowing I have them to help me and my children along the way to our independence.

Camp Chosŏn, we shall see you next summer! 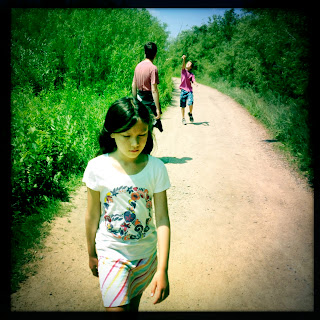 Posted by mothermade at 10:11 PM No comments:

The joy of Daddy never leaves you.

I remember the pain of missing my father. He was in Vietnam at the time of my third birthday. 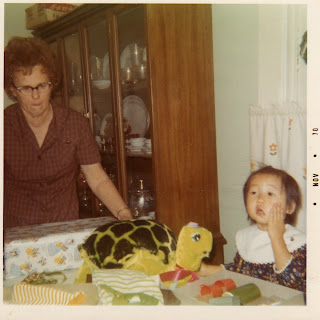 My mother would send audio tapes to him of me saying “Daddy, Daddy, Daddy!” So hearing these children say “Daddy” made me sob uncontrollably.

My dad has such a love for this country. He served 20 years and became a Master Sergeant in the Army. His tracks alone covered Korea, Alaska, Vietnam and Germany. My mother, sister and I moved to Georgia, Kansas and Oklahoma with him where we would wait for him to return to us.

Those days are gone, but the pain of his absence still resides in me. While there are no videos of our reunions, I remember the joy of seeing my Daddy. 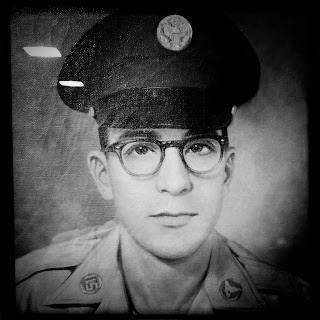 Posted by mothermade at 8:57 AM No comments: