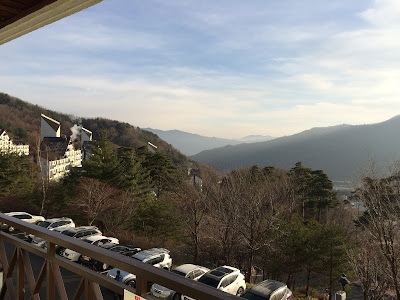 Later, I regretted my manner in engaging my son. But as we did our final sweep of the room before checkout, my teen offered his money to leave behind in the room.
Posted by mothermade at 9:43 AM No comments:
Labels: affluence, affluenza, East Tennessee, grandmother, Korea, parenthood, Tennerican

Since moving to Korea, I have looked into the eyes of mothers, young ones and old ones. Of course, I am more thorough in my scanning as I look into the eyes of older mothers. The tired women who board the train to somewhere. 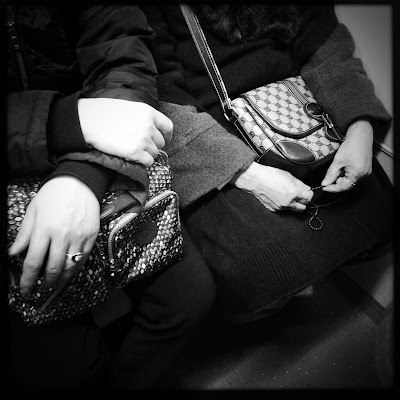 Several activities have brought me face to face with birthmothers. The recent National Assembly forum introduced me to the birth family group, Dandelion.

Somehow, my mind’s eye always knew this connection to the dandelion. I have been fascinated by this flower for some time. How the seeds spread and make colonies elsewhere away from the mother plant. 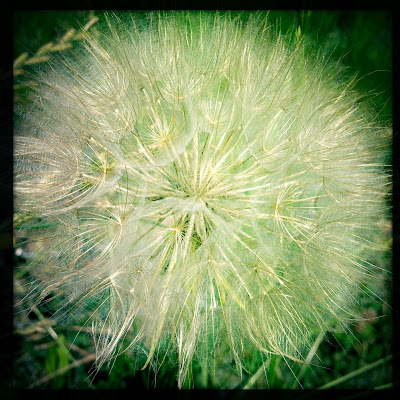 But now, I know more about the shame left with the mothers of Korea and the longing mothers and fathers have for their dispersed seeds. They know so little about how those seeds fared. 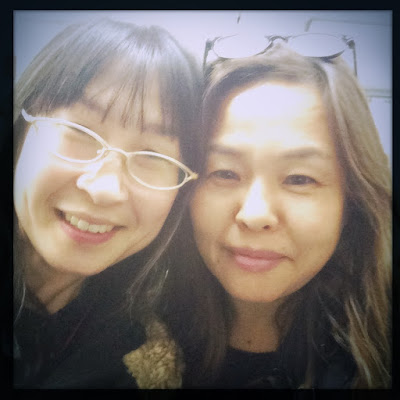 One mother who has touched me deeply is Ruth. Her name and her story give me hope that somewhere my mother longs for me. Ruth holds photographs of her son, Jun, Min Kee, a Holt baby like me. From my number #5596 in 1968 to his K90-848, she received photographs from his adoptive mother, Marianne, for a few years through the agency.

The photographs dried up years ago, but she longs to know the man he has become. He would be twenty-five. She and I wonder where his seed landed and if he wonders about this country where the initial roots that supported him in the early days took hold.

Just as I am thwarted by Holt from knowing what little documentation they have on my early days, Ruth is thwarted from contacting her son. For now, I long to be her daughter, but the language barrier keeps us from truly communicating.

If you have information on Jun, Min Kee, please private message me. We have photographs that I feel I cannot share here, but in private, I can.
Posted by mothermade at 9:22 PM No comments:
Labels: adoptee, adoption, birth mother, diaspora, KAD, Korea, search

Remember the innocence of childhood? I suspect you asked your mother, as my own children do, about that day you entered the world. It’s magical to think of that first breath, the wonder of a brand-spanking new brain just starting to spark.

If you are a firstborn, I suspect your parents recorded the dates of your first smile, your first tooth, that first crawl across the floor and then the monumental wobbly first step. All those things make you a living person who will grow up and later share these special moments with your own children.

I ask that you now understand me. Those moments which I preciously hold for my children are the same moments I want to hold for myself. Holding and staring at the few photographs I have of myself as a baby have sustained me for 48 years, but now, I know there are other notes taken by those who knew me during these times. Surrogates of a mother hold those memories of my life before I was someone’s “firstborn.”

One of my childhood memories that my adoptive mother shared with me was her sadness in seeing me walking in my first birthday photograph, a photograph sent to her by my foster mother via Holt Korea. She wanted that moment to hold for me and pass down to me. The loss of that milestone brought her great sadness and brings me sorrow to this day. 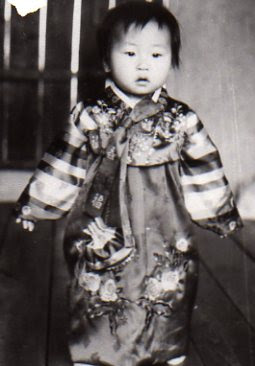 Imagine if someone, a stranger, held these precious memories … photographs, records of that first year, the developmental landmarks.

Saturdays are my days in Seoul to relax with fellow adoptees or spend much needed time with my little family of four. But this Saturday, I spent it with not only adoptees who were silent, but with non-adoptees who drove the conversation.

The one-sided conversation was sterile, matter of fact and rehearsed. The same words were repeated … “KAS is not allowed,” “no systematic guidelines,” “the law does not allow” … 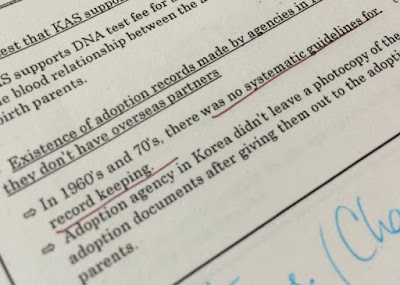 Such surgical words applied to my life experience. Asking for my adoption file, all portions of my file is my plea to be that child of wonder looking for the information that makes me feel part of the human race.

KAS, Korean Adoption Services, is the governmental agency that acts as a liaison between the adoption agencies and the adoptees in post adoption services; adoptees are asked to submit requests for information through KAS. The KAS social worker handling my case fielded questions, but it seemed she lacked the understanding of why adoptees feel passionate about holding those files.

It is no fault of hers or yours that she and you were not adopted. How can you know what adoptees want or need?

And yet, our lives are now revealed as more nuanced than the agency script of a “better life.”

My plea to you is to be an ally. Understand that the things you cherish about your first years are the exact things we seek for ourselves and our children.

Love is enough, until it’s gone.

Blocked from knowing my history, a product of the Baby Box theory, I only remember the love of one family. It wasn’t the choice of my adoptive family (or what I will refer to as “my family” in this post) to keep me from my first family. The members of my family believed for all legal purposes that I was an orphan that became their daughter and sister. 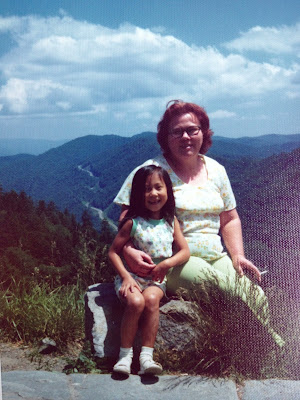 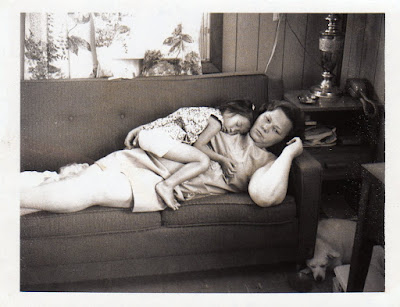 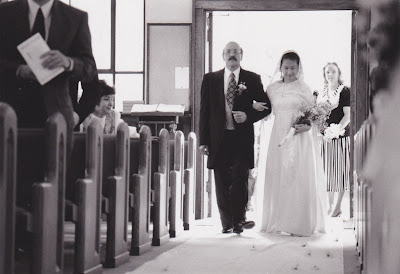 I have very fond memories of my family. As I sit in Seoul, peeling chestnuts and eating them raw, I remember the chestnut orchard of my grandfather. I would hang and swing from the branches of those mighty trees in the fall weather of East Tennessee. It was idyllic and comforting. I loved breaking apart the prickly pods to reveal the raw meat of a nut no one else loved as I did …

In Seoul, I bought a bag of corn chips, much like the Bugles my grandmother bought for me from the vending machine where she cleaned rooms at the local hotel. My family’s life was simple. We lived simply, just as I imagine my first family did. It seems fitting that I would become the daughter of a set of parents who grew up poor as well.

The days of reminiscing with my parents are gone. My mother passed just as I was becoming the mom she had taught me to be. For years, I struggled with the loss of her. 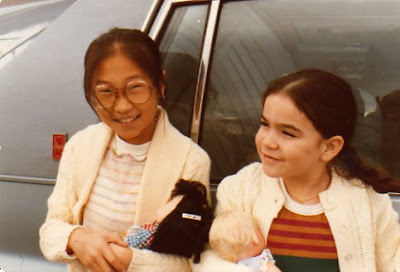 My father and sister stood with me when my mom died. Their grief was mine and mine, theirs. We spoke among ourselves about her impact on our lives. I shared with them the pains of feeling alone in my parenting. 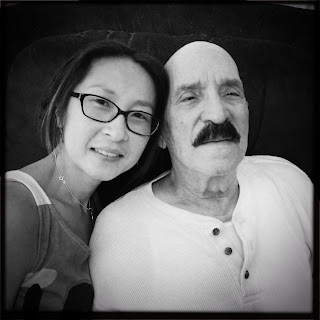 My younger sister would soon have a little one of her own. Feeling comfortable with infants (after having my two), I cherished the time spent with her as she struggled to wrestle motherhood to the ground. One day, she said, “You have done the very thing that would have made Mom so very proud.” That was a golden moment in my life. I was “Mom.”

My father’s family became the strength in the lives of my children as they grew up only really knowing my father and not my mother. We made many trips to Puerto Rico to connect. They feel they are Puerto Rican.

But our time with my father was also fleeting. His death this last January was a blow we never imagined at the time. He had been my link to Korea … his time there, his love for the country and his honest interest in my original family search. He was my supporter when the world’s eyes saw me as a disloyal adoptee.

In the following months, I would learn more about my father’s time in Korea and his short love affair that resulted in a son … a man only two years older than me and the physical embodiment of the identity I had spent my entire life building.

What I wish adoptive parents would consider is that once they pass on, the adoptee is truly alone. We are left with a family that is only ours by association. In my case, my extended family works to stay connected, but deep down, I feel separate. My children and I long for a connection to the one man who embodies my father and my biological Korean side.

My writing is not for my late parents. My writing addresses me as a person, a mother, an adoptee, my parents’ daughter, my original family’s lost daughter and as the foster child to a foster mother I can only see in faded pictures.