Gangnam Style makes us all feel Korean … or not.

Today, Gangnam Style, a video by the artist PSY has hit more than 835 million views. It is the most watched video of our time.

Interestingly, this video on its own has opened up the Korean culture to mainstream. As a middle-aged woman, I first heard about this song at the ChuSeok celebration this past September. At which time, my twelve-year-old son gave me the “Seriously, Mom, you haven’t heard this?” look.

So now, it has finally reached my sphere and entered Glee. This week, the Glee cast will perform their version of this song.

The question this brings to my mind is “How does Jenna Ushkowitz feel in all this?” The actress is a Korean adoptee, like myself. From this snippet, it appears that she feels somewhat out of place trying to learn the correct Korean pronunciation.

Here is a glimpse of what we all as Asian adoptees feel at some point in our lives. We desperately feel that we are just like any other American. Yet, we are lumped in the Asian category, and in Ushkowitz case, we are typecast as the Asian student … overachiever, dating within our race, going to “Asian” camp.

We aren’t as simplified as that, but the media portrays us all as stereotypes to some degree. To be fair, Glee works in these stereotypes for all its characters.

I’ll sit back this week and enjoy the Glee version of Gangnam Style with Jenna Ushkowitz giving it her best Korean performance! Perhaps we will see more character development as well.

So, it’s hip to be Korean, at least to dance to Gangnam Style!

Today, at my daughter’s parent-teacher conference, I signed a required form and finished by dating it 11-15-67. My husband said, “Well, you just told everyone your age!”

I’m 45 today, or at least, I’ve been conditioned to believe my birthday is today. It’s been quite a history for the fifteenth of November. 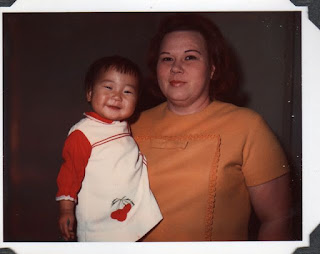 Many of my sweetest memories on this date include my mother. She always made my day. (See this entry.) Today, when the phone rang, I wished her voice would be on the other end. Instead, I heard a voice on the other end say, “If you are a senior citizen … ”

This week, my father also called to leave sweet serenades on the answering machine and my mobile voicemail. I loved my father’s heavily accented “Happy Birthday” as his wife played on the piano. 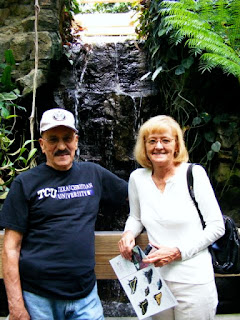 In November 2000, I sat with my sweet boy. I immediately knew the wonder of parenthood. We were preparing to surprise my mother for Thanksgiving. This was the last birthday with my mother. While she was recovering from a stroke, her pride in the newest addition to her family was unmistakable. 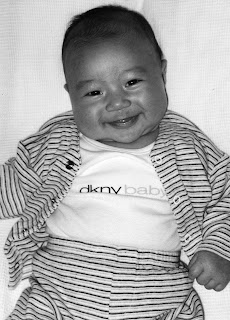 In 2002, on this date, I went for my 12-week prenatal appointment. My husband and my son had just given me a platinum band to celebrate our growing family. It had taken my husband several moonlighting overnight shifts in the animal ER to pay for it. I was on a high that Friday.

My OB said, “Let’s check on the baby with a birthday ultrasound!” My day was getting even better! There was excitement, then silence, then another OB, then blood tests. The news wasn’t good. I lost that baby on the Sunday, and a stone fell out of my new ring.

Within the year, we were blessed with our very sweet girl. 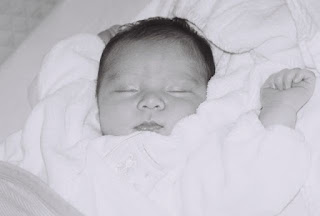 Forty-five years of many things … happiness, sadness and immeasurable love. What a path I was given! I’ll keep November 15 and all its memories.

Today, as I sat waiting, I combed through my coupon organizer, a blue plastic expandable folder. Miya and I had arranged to meet. She arrived and upon seeing me, produced an almost identical blue plastic folder. Eerie, right?

Our childhood photographs look very similar as well, despite the fact that she grew up in New York state and I, in Tennessee. Little square Polaroids of each of us playing with our siblings in our adoptive families.

We have been comparing our baby albums and our adoption letters and papers. Having seen her adoption paper cover, signed by one John W. Bligh, Jr., I remarked at how similar it was to mine. Of course all this was from memory.

Last week, I invited her husband and her children to our home so that the families could finally meet. My boy took her boy and wandered to his room. My girl took her girl and disappeared into her room. The men sat on the sofa and chatted.

Miya and I began looking at our legal adoption papers, side by side. I presented the thin tissue paper packet that sealed my adoption.  On the top was my Certificate of Acknowledgement, signed by the same John W. Bligh, Jr., the Vice Consul of the United States. “Strange,” we remarked.

Two girls adopted in the same week in Seoul now sat as women, reunited by all of our commonalities.

Today, at my dental check-up I was surprised that my hygienist had changed. My name was called by a young Asian woman with highlights like mine.

As we walked back, we made casual exchanges, and I asked her where she had her hair colored. (Since moving to Wisconsin, I have yet to find a stylist to color my hair as I like it.) She obliged with a name. She noticed and asked about my accent. I commented that hers wasn’t the typical Wisconsin accent.

She also continued to tell me a bit more about herself … her background living in Massachusetts and Long Island, then moving to Wisconsin as a sophomore in high school. After a very pleasant visit, I got up to leave.

As I put on my coat, she suddenly mentioned that she was Korean and adopted! I let her know that I, too, was adopted and Korean. This prompted her to reveal even more.

She was adopted in the 1980s at one-and-a-half years of age with her biological sister, who was three at the time. Their birth mother had died of cancer, and her father could not care for them. They were moved several times to different homes, her aunt’s, a parish, and finally the orphanage. Adopted by a family that had two natural sons but wanted two daughters, she spoke of her childhood in a Caucasian community.

I explained how her differences with her sister mirrored mine with my adoptee friend. I mentioned that I consider myself American first, while my contemporary adoptee friend, Miya, sees herself as Korean. This young woman said she felt the only thing she kept of her ethnicity was her love for kimchee, a pickled Korean cabbage. “I eat it every day!!” she said.

Like this young woman, I don’t feel those feelings of abandonment. That will need to be the subject of another post. After the visit, I went to my car and called Miya. In the past, I would have called my husband, but she does feel like family now.

“I’ve spent my entire life explaining who I am,” I said to Miya. “Now, I don’t have to explain. She just recognized me as adopted!”

Miya replied, “You’re still in your adoptive infancy, and I can’t wait to see you grow.”