In the summer of 1996, just days before our plane took off for Rwanda, I bought a book called Womenfolks: Growning Up Down South by Shirley Abbott. This book became my guide to the women in my life.

It is a book filled with the stories of Southern women, poor Southern women. It comforted me in the days I spent, lonely in Kigali. Days I wished I could hear my own mother’s Southern drawl. I imagined my grandmother’s mother teaching her how to be motherly, how to garden and how to take care of her man.

These Appalachian women are my history. Some would argue that I could seek out another history … one where I was still from a poor family. One where a mother taught a daughter to garden or to take care of her man. Same story, different country.

My daughter asks about the history of the women in her life. She has been robbed of the stories my mother could have told her, so it is left up to me to relay them. The good, bad and funny.

She asks for them to be told and retold. So, I have started a journal to record the history that I feel is my history and hers. The history of the women in my life.

Here’s my first entry about my grandmother, Viola:


“Viola worked at Bryant Town Motel, owned by the son of Ed, her youngest brother. She worked there cleaning rooms with her sister Beula. Beula was her best friend.

In the early days before this job, women didn’t reveal their pregnancies until they began to show. When Viola and Beula were pregnant at the same time, one revealed to the other that she had missed her time, to which the other said, ‘Me, too!’

Viola and Beula cleaned rooms at the motel later in life, after jobs at Stokely’s, a canning plant in town. Viola’s husband had retired from Enka – a metal smithing plant. I still wonder why she worked at the motel.

Her husband had bouts of abusive behavior. Was she happy to be away? She enjoyed hanging out in the motel rooms with her sister. 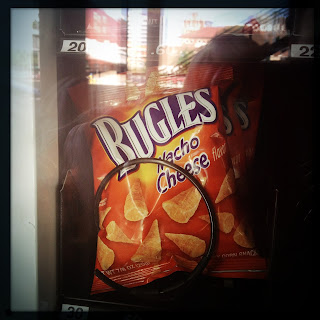 In the summers when I visited, she would take me along. I was given a bag of Bugles from the vending machine, and I played with toys left by those whose brief stay had left them – unintentionally. I imagine the guests remembered them when they were too far away to retrieve them.

I loved entering a room and looking under the bed … anticipating what surprise was awaiting my discovery.

I spent my summers with my grandmother. They were filled with bean shelling, berry picking and canning. The large garden in the back gave my grandparents their food for the year. Only staples were bought at the grocery store on Fridays.