Recently, one of my new Asian adoptee friends qualified her Caucasian husband, as “not one of those men with Asian fetishes.”

I must admit, I was puzzled by this, and I questioned what she meant. She and another friend quickly explained that there were men who had Asian fetishes. This week in This American Life’s episode called “Tribes,” Act 3, tackles this subject by highlighting the filmmaker of the documentary “seeking asian female.” The outcome is surprising. (You can listen to the whole podcast below, or you can click on the link Act 3 to skip to Act 3.)

Watching the trailer for the documentary (see below),  and having heard Jennifer in the film, Adopted, talk about Asian fetishes, I began to wonder how I had been so naive.

Growing up in rural Tennessee, young boys were more repulsed by my ethnicity than enamored. There would be no talk about the Asian fetish. That was unspeakable in Appalachia.

My first date occurred when I was 17. My date was a young college man from the big metropolis of Knoxville, who had been traveling back to Wake Forest, North Carolina. He had stopped at the Cracker Barrel where I worked, and I had mistaken him for a movie star. He took my contact details, and we wrote long letters. I enjoyed sharing with someone who didn’t solely see me from the outside. When he escorted me to my senior prom, a popular young woman asked me the following Monday, “So, where’d your mom and dad find such a cute escort to hire?” She couldn’t understand why an older, Caucasian man would want to take me to the prom.

Throughout my life, I shied away from Asian boys, as I had often been paired with the only Asian boy in my grade; his family moved to our town in fourth grade. That year, we studied square dancing in gym.  This was the only time boys and girls mixed for gym. I was always paired with this Asian boy. Our peers saw us as a match made by race.

Some may hypothesize that my attraction to Caucasian men is a product of being raised by parents of a different race, or a product of living in a community where the racial “pickins were slim.” They may also blame racial confusion for my seemingly Caucasian fetish. I theorize that we all have initial attractions that are based in physical attractiveness. But as Act 3 proves, those attractions are only the spark that may or may not lead to a lasting relationship.

My daughter recently asked me what attracted me to her father. My reply was that I thought he was cute. He had long sideburns, wore a denim jacket and sported a Smiths button on his lapel. That was all I needed to be attracted. 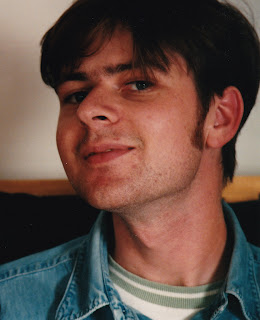 As we became more acquainted, I quickly fell in love with his optimism, idealism, humanitarianism, and finally, his dedication to wildlife. We were, as my mother would have said, “two peas in a pod.”

See Part 2 of this series, here. “Do you have to be white to have yellow fever?”