On the sunny side of life?

What a week it has been! I began my week helping at an adoption conference, WISE Up. 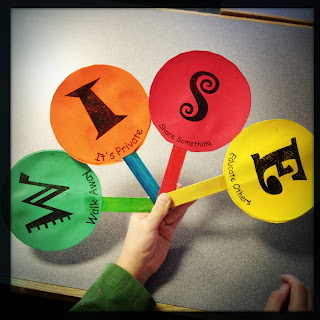 I met some incredible young adoptees … all third graders. The conference allows the kids to talk about their adoptions and feelings in a safe place. It also gives kids the tools to respond to outsiders’ questions. They can walk away, say, “It’s private,” share something about their adoption story, or educate others about adoption and adoptees.

As you can guess, I personally advocate the last two. I understand the need to walk away if a question is offensive, and many of the younger kids just need reassurance that they have the power to control the situation. Unfortunately, when acting out some of these scenarios, more often than not, the children chose walking away. Some scenarios just involved something as simple as someone asking if they were adopted.

That had me thinking … is adoption a negative thing? Why do young children feel negatively about their adoptions? One girl mentioned that she felt jealous of those who asked her why she was adopted. She wanted what she perceived as the normalcy of a birth family. Looking back, I had some of the same feelings. They were often rooted in experiences in public or at school. In the comfort of my home, I would feel reassured that my home was indeed the place for me.

Perhaps what needs to happen is a better atmosphere in which kids can feel proud of their adoptions. As children, we look for a clan. As I have written, there are many of us.

In this conference, I introduced the kids to Kid President. His effervescence, his optimism, his generosity … they speak to us. We watched his pep talk, and then I explained to them that not only was he in third grade, but he was also an adoptee. One little boy excitedly said, “We just watched an adoptee on an invention of an adoptee!” (Of course, I had told them about Steve Jobs too.)


In my childhood, I wasn’t aware of other adoptees. It took close to 40 years for me to understand that my experience was not unique. Adoption seems better supported than it was in the 1960s and 70s.

But as Kid President says, “We can do gooder!”