The Road to Closure (Spoiler Alert)

The evening before the weekend adoption conference, this film played at the Minnesota Transracial Film Festival.

In it, I followed adoptee Angela from Bellingham, Washington, to a town I know well, Chattanooga, Tennessee. Her journey is emotionally agonizing, yet beautiful. The filmmaker’s eye is keenly sensitive, yet honest.

Emotions pooled within me that I hadn’t known … a yearning, an aching for biological parents. I have spoken of my adoptive parents through much of this blog. But this night, I began to see the struggles and agonies of those whom adoptive children have left behind.

Angela is brave enough to confront these yearnings, as so many of my Lost Daughters’ sisters have. At 46, it seems futile for me to search … I think my parents could be long gone. But as this movie illustrated, it was bigger than Angela and her original parents. There were siblings, a grandmother, aunts, uncles, and others who wanted to know the lost sibling, granddaughter and niece.

Angela’s biological father also finds that he is not sterile as he had been told, and that in fact, he has a daughter! His delight is infectious. It reminded me of the delight in Haley’s father’s eyes on seeing her in China (Somewhere Between). I imagine the pain of these fathers and of Dusten Brown. It is not enough to recognize the loss of the original mother, but the pain and injustice to fathers who only want to love their children.

I also viewed a side of the adoption industry that troubled me. While I have read these things, to see them in action was agonizing. The agency in Angela’s original mother’s case revealed only scant, but troubling information about Angela’s biological sister’s “severe depression and possible multiple retardation,” reported in 1996, despite having the information about her whereabouts and adoptive family directly in front of her. The adoption agency worker in her Southern way carefully offered to contact “a worker at that office … to see if they have any way of contacting the other family.”

On the other hand, a touching, true testament to Angela’s adoptive mother’s love, was revealed. Every year, she had sent Angela’s birth mother a card with a letter chronicling Angela’s life. True love transcends all. But unfortunately, the adoption agency did not follow through and pass on these letters of love from one mother to another. In this film, Angela, her original mother and her adoptive mother share in the opening of this time capsule … so many years late in the opening.

Just as Angela’s adoptive mother had, my father and mother honestly shared all the information they had with me from a very early age. My parents respected me as an individual and loved me. I couldn’t ask for more … but then again, I just might need to ask the agency a few questions … 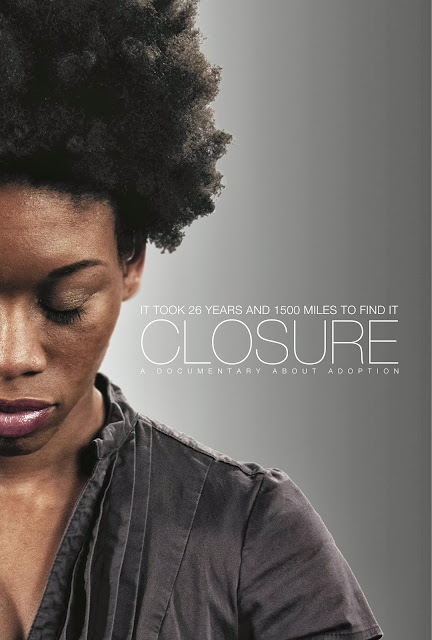 Posted by mothermade at 5:47 PM