I have been reluctant to write about the new series on NBC, This Is Us.

Because … it slays a part of me every episode. All I could muster, were tweets through the season.


This scene brought so much pain and sweetness. I am Randall. A blogpost soon … #ThisIsUs https://t.co/lSfsWyOvGl
— mothermade (@mothermade) November 23, 2016


If I found my family, I would want every minute, no matter the consequences, with them. Randall in #ThisIsUs #AskAnAdoptee
— mothermade (@mothermade) January 11, 2017


“I’ll handle this.” — Randall on #ThisIsUs 😔 As an adoptee this played in my head ALL. THE. TIME. But inside you crumble. #ImTransracial
— mothermade (@mothermade) February 16, 2017


Having lost both my adoptive parents early in life, I have some solace in not seeing them suffer. William’s pain … Randall’s loss. #ThisIsUs
— mothermade (@mothermade) February 16, 2017


I love William so, so much. Maybe because I hope for a father just like him … #whatevertime #ThisIsUs #Memphis #Imtransracial pic.twitter.com/enZJJ0Stgc
— mothermade (@mothermade) February 24, 2017


Just finished #ThisIsUs. My last memory of my Dad; he was down. @sterlingkb1: I felt we were siblings of loss tonight. pic.twitter.com/jjMmwsJMW4
— mothermade (@mothermade) February 24, 2017

The last tweet was in reference to this tweet by Sterling Brown, the actor who plays Randall.

You see, throughout this show, Randall’s thread and mine tangle and separate and intertwine.

I wish for the moment when Randall holds William as he slips away.

My father died alone, collapsed outside the hospital where he had dedicated his entire life to not only the place, but all the people inside. 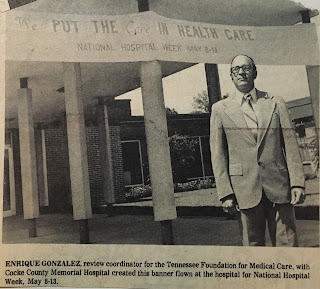 When the postman cried in the latest episode of This Is Us, I recalled those who shared their brief joyful moments with my father … they were strangers to me and these moments they had with my father were even stranger still.

As Randall and Beth discover things William has left behind, I realized I never really had those moments to quietly sift through my father’s memories. I did not get that kind of closure. The week after his death, I locked myself in his bathroom, touching his pajamas and smelling his cologne. I still visualize that last moment in his bathroom.

Now, I look forward to my trip to Seoul. I hope for the moment when I can embrace those who once cradled me in my first months. When Rebecca, Randall’s adoptive mother, points out that Randall has William’s tenderness, I ache longingly to know from where my traits come.

Ultimately, I know my day may never come. But from the legacy of my father’s love for others, I hope to bring the same joy to those around me … and spare them from the pain I feel every time I see someone resemble their family members.

I think I hide it well.

But damn! Can Randall bring it out in the privacy of my own home!

Jesse describes William as “Soft armrests for weary souls to lean on.”

And that is the best I can do.