We are in a sea of me’s. Everywhere, people walk about not knowing the scrutiny I subject them to.

Anyone could be a relative … a parent, a sibling, a grandparent, an aunt, an uncle or a cousin. But none of us know it. We are secrets wandering and searching for the key to the box that will set us free to love those who are biological relations. 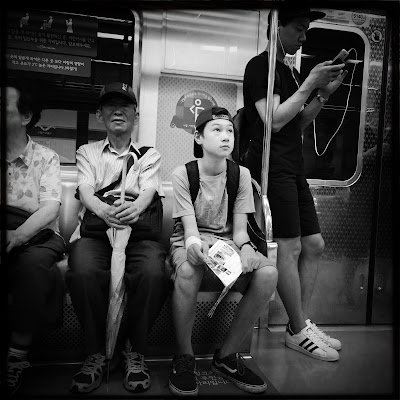 I think of my domestic adoptee friends in the United States and realize the torture they have felt from the very beginning. You are a stranger to those who share your DNA. You study those who have your traits and long to know if there is a connection between you … an imaginary thread that connects you.

In their first week as Koreans in Korea, my children are learning this as well. My goal this week was to take them to the haunts of my last trip … places that bring me comfort and center my soul. For the most part, it has been a joy to revisit the wonder I felt and watch my children feel the same.

We visited Insadong, Gangnam and Hapjeong. By their third day, they seemed comfortable. 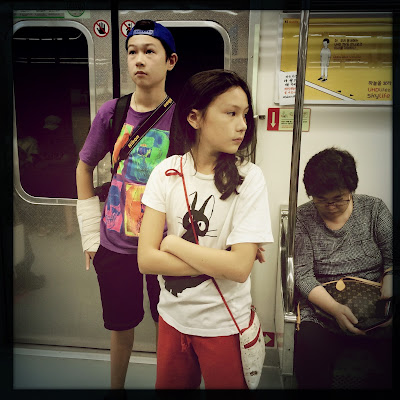 Yet, their minds were playing similar earworms. After the trip to Gangnam, my daughter said, “I just saw a man that looked like Papito.” She is searching for my half-brother, an uncle that would bring her Papito back. Just seeing his features or his mannerisms in a Korean man comforts us. If we found him, we would come full circle in this crazy, complicated thing called adoption.

My son is quieter and shares when it is overwhelming. When a middle-aged man in the Burger King took his tray to clean up, he shared that he felt a connection to him. He recently had a job as a bus boy, but he was struck by the fact that this man was older and doing his former job.

Here we talked about how I felt connection to them as an adoptee … how my imagined story of poverty and desperation lead to my adoption … how I imagine that these “others” are me.

Posted by mothermade at 4:42 PM