Since the death of my father, my shell has hardened. There are few things that make me cry …

My children have seen me cry so few times, that when I cry, it terrifies them. I broke down the first week we moved to Seoul, but not necessarily because of sadness. My tears flow because of hurt. I have explained to them, that meetings with agencies will NOT bring tears. Tears here are reserved for those I love. Tears are for the lost connections. 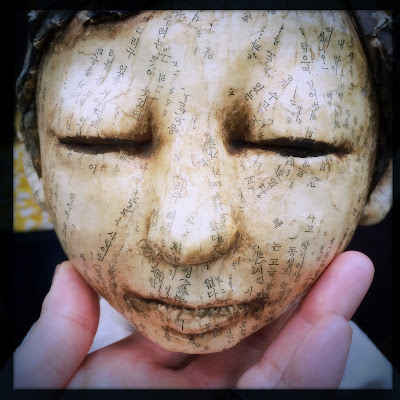 Last night, I attended the puppetry artistic performance, “Untold Story,” about an adoptee named David. There were three very beautifully crafted puppets for the toddler David, the teen David and the grown man David. Five actors of the Pangaea Arts worked the stage, the puppets and acted scenes in David’s life.

Each scene plucked a memory from my mind. The most poignant “core memory” was the airplane ride back to Korea as an adult. All the things that David experienced, I lived and relived and continue to relive as I walk the streets of Korea.

The complexities of adoption played beautifully as though I were watching scenes from my own life … the tenderness and wanting of the adoptive family, the scenes of teasing, the isolation amidst so much love. All these scenes added to my quilt of comfort, another layer in the adoptee community. 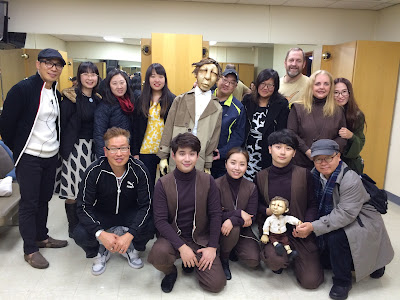 But then, the performance group asked us for our feedback. They wanted specifics of how we, as adoptees, felt. Moments like this are often few online, so I am always taken by surprise when someone who isn’t an adoptee wants to know my opinion!

One person in our group, of whom I had never met and who spoke Korean, spoke up. She had cried and embraced the life-sized David. I felt for her and fought my physiological urges to cry. But then, as someone translated, I sobbed.

Her words were the words I needed to hear from someone all my 48 years. She said she had given her baby boy to my adoption agency, and she had been searching for him. He is currently 26 years old. As my agency has blocked me, it has blocked her from connecting with an adult son.

She shook as she told how she had been told her son would “have a better life” and that she had believed this for so many years, yet the scenes of bullying and the ever present “Where are you from?” question broke her. She never wanted her son to feel disconnected from her and his country. She never wanted him to feel the pain adoptees express. She said she would “have this hole in her heart” until she could see him again.

I moved closer to her and had Pastor Kim translate. I told her that her strength in this situation would be passed to this son. That we, adoptees, are looking for our mothers and have never forgotten them. I also told her how I wished she were my mother. We embraced and cried together.

As I left the theatre, I was angry with myself at first for crying and I muttered, “I don’t usually lose my shit in public, unless I am angry.”