Parenting? Well, that’s a pain-filled one.

My daughter, like myself at her age, says she will never bear children. Her reasonings are based in physical pain. She cannot imagine a child exiting her vagina. My reasonings were far more complex, and as a teenager, I selfishly wanted a life without responsibilities that children brought.

Parents of all kinds kept repeating the “You’ll never know the joys of parenthood until you are actually a parent.” My husband and I would just roll our eyes; we were DINKYs (Double Income No Kids Yet & livin’ the good life). That is, we thought it was the good life, until going out to dinner every night and drinking with friends became unfulfilling.

The moment I realized what that blue line meant, I was frightened and excited all at once! Could I do it? Could I be a good parent?

The minute my first child emerged, bloody and crying, I knew I was meant for this. I was connected despite that umbilical cord being severed. I tried to ask my mother about parenting a little boy. She kept saying, “Well, I just had girls. But just love them.” Six weeks after my firstborn’s birth, she had a stroke. The minute her eyes laid sight on him, they twinkled. The ICU nurses said she physically and mentally perked up. He was our little light in all the sadness of my mother’s illness.

After her death, I felt lost. Lost because I was a mother without a mother. At first, I thought that her death was the only thing I could relive and understand my loss. I replayed it over and over and over again.

But then, the penny dropped. This year, the first and primal loss surfaced. This year, I realized the first loss … my birth mother, my original mother, my natural mother. Like my connection to my own children, I understood that like Philomena Lee, my mother may have felt the loss I was feeling … that we might be connected by the same spiritual umbilical cord that keeps me connected to my children.

My son is a teenager now. His fears and anxiety are real, but sometimes, they get the better part of him. When that happens, his fear wounds me in a way I am not sure all mothers know.

You see, recently, I had no control over his safety. I was forced to leave him in a place where he was distraught and scared. I wanted to help. I wanted to stay, but the powers that be, made me leave him.

When I walked out of his hospital room, I felt the pain that I imagined my birth mother felt as she left me. I will not know how she left me, but the many ways play out in my head EVERY. DAY. Was her leaving me out of her control? Was I taken from her? Was she powerless?

I never thought that I could be powerless as a mother, as a parent, but my son’s recent trips to hospitals have illustrated that I cannot always control the safety of my children. That frightens me and pains me. I am wounded every time my son tells strangers that he is afraid of me. (He explains to me that he is not physically afraid of me, but he is afraid of the truths of life that I try to explain to him … like his need to go to school … how life isn’t always fair.) I am fearful that others will take my children from me in misunderstandings and just plain recklessness of systems that do not care to know those involved.

All this reminds me that my circumstance as an adopted person … as an adoptee was completely beyond my control and possibly my birthparents’ control. If I cannot keep my children safe, how can I expect that my birth mother could?

I feel ripped up, torn, tossed away and salvaged. I spend my time these days in the pottery studio. Recently, I created the belly bowl. It represents all the birth mothers who feel that the adoptees have been torn from their lives.

The beauty of it is its contents. Adoptee pendants. I will stop using the word “adopted” to describe me or my series. From now on, I want to own the title “adoptee” for it represents secret pain, strength, perseverance and purely who I am. 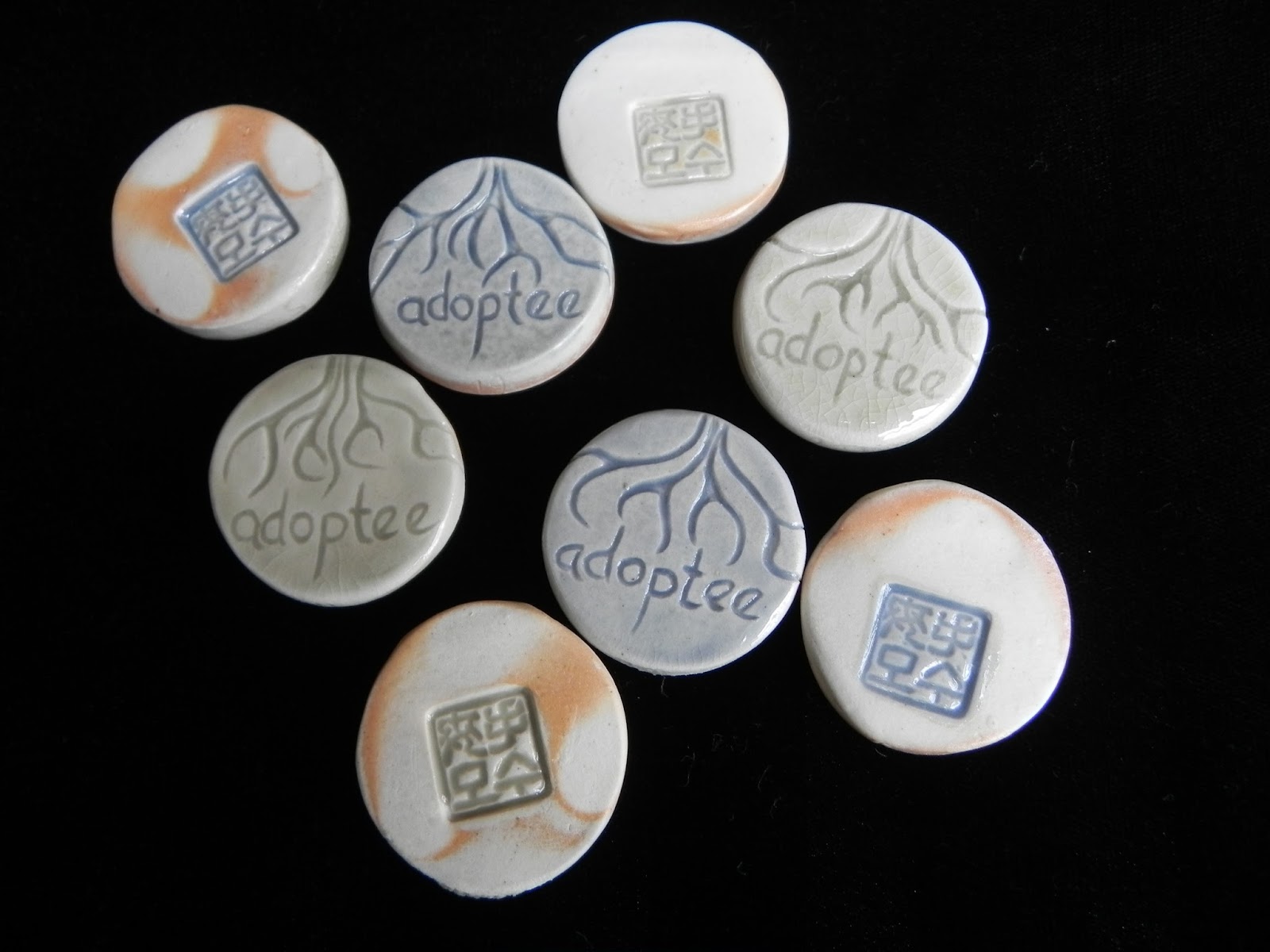 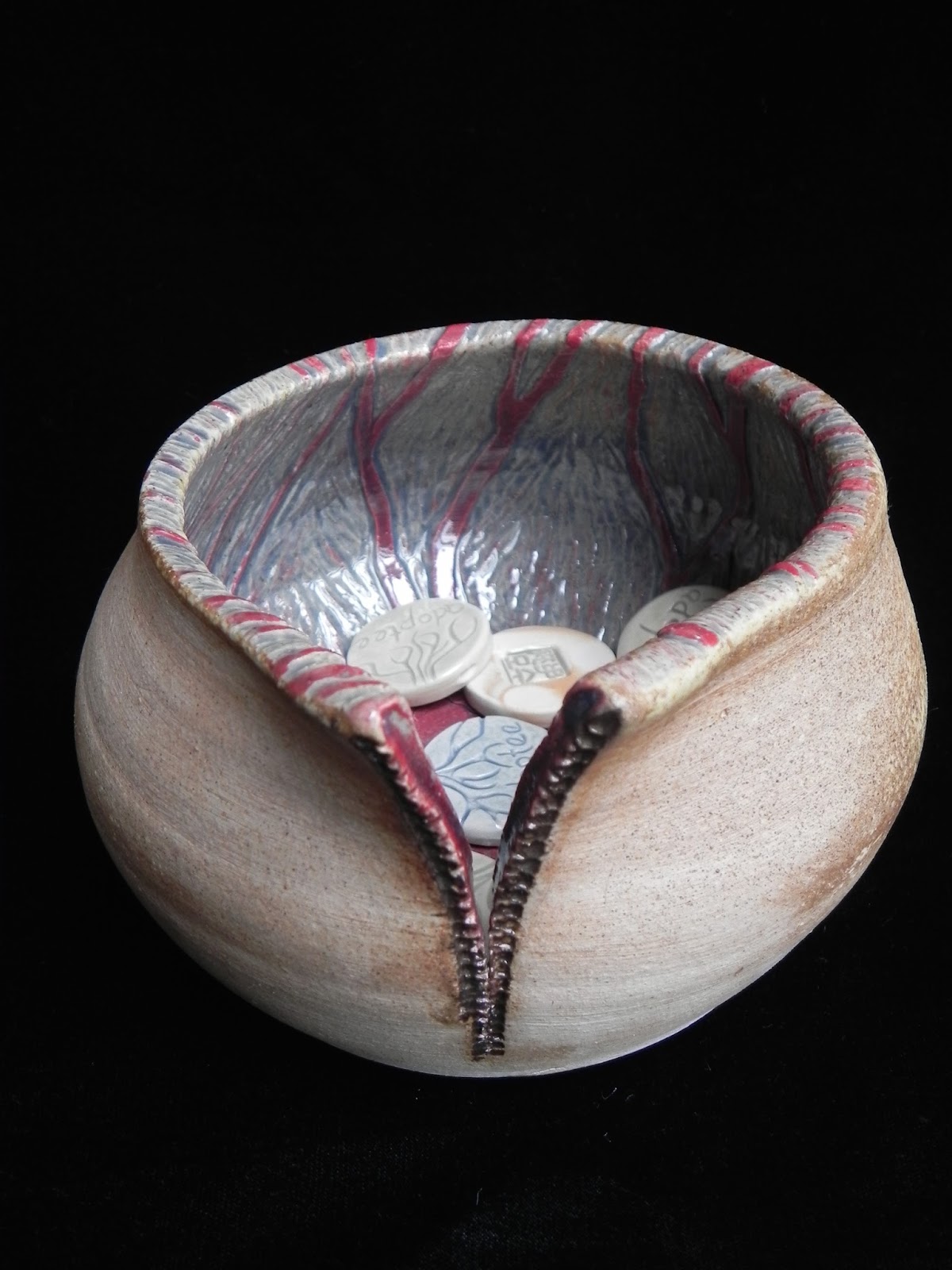 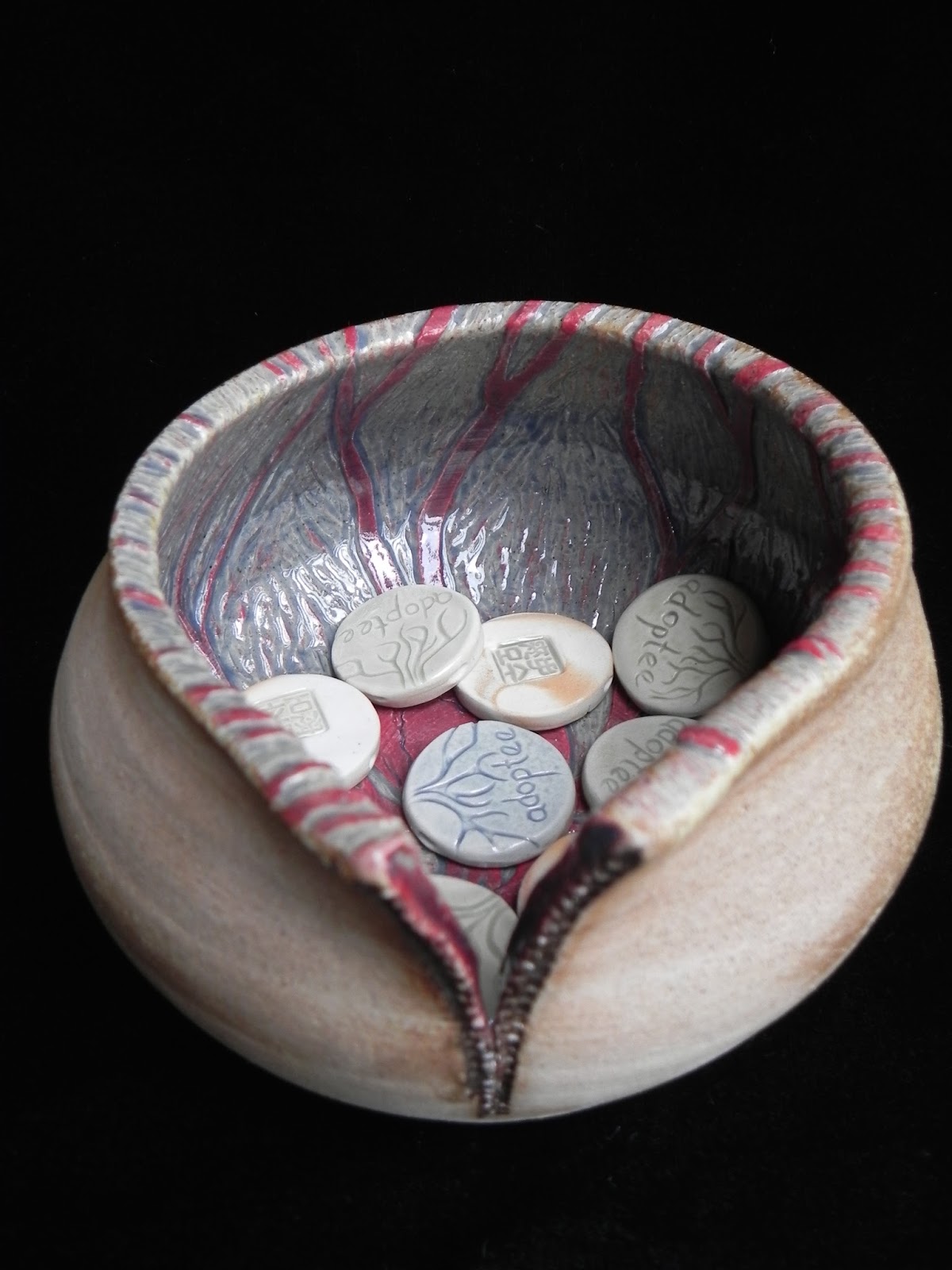 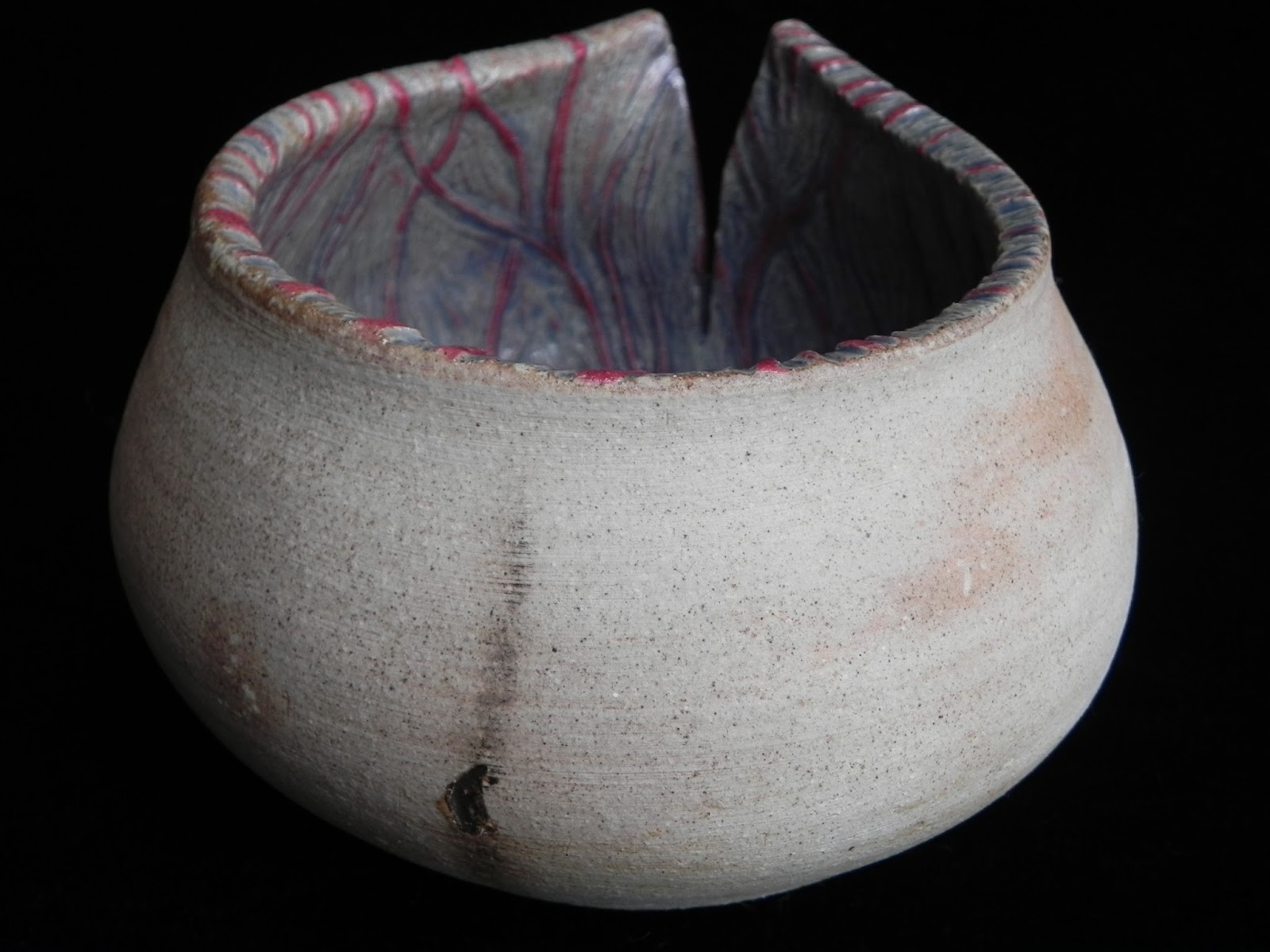 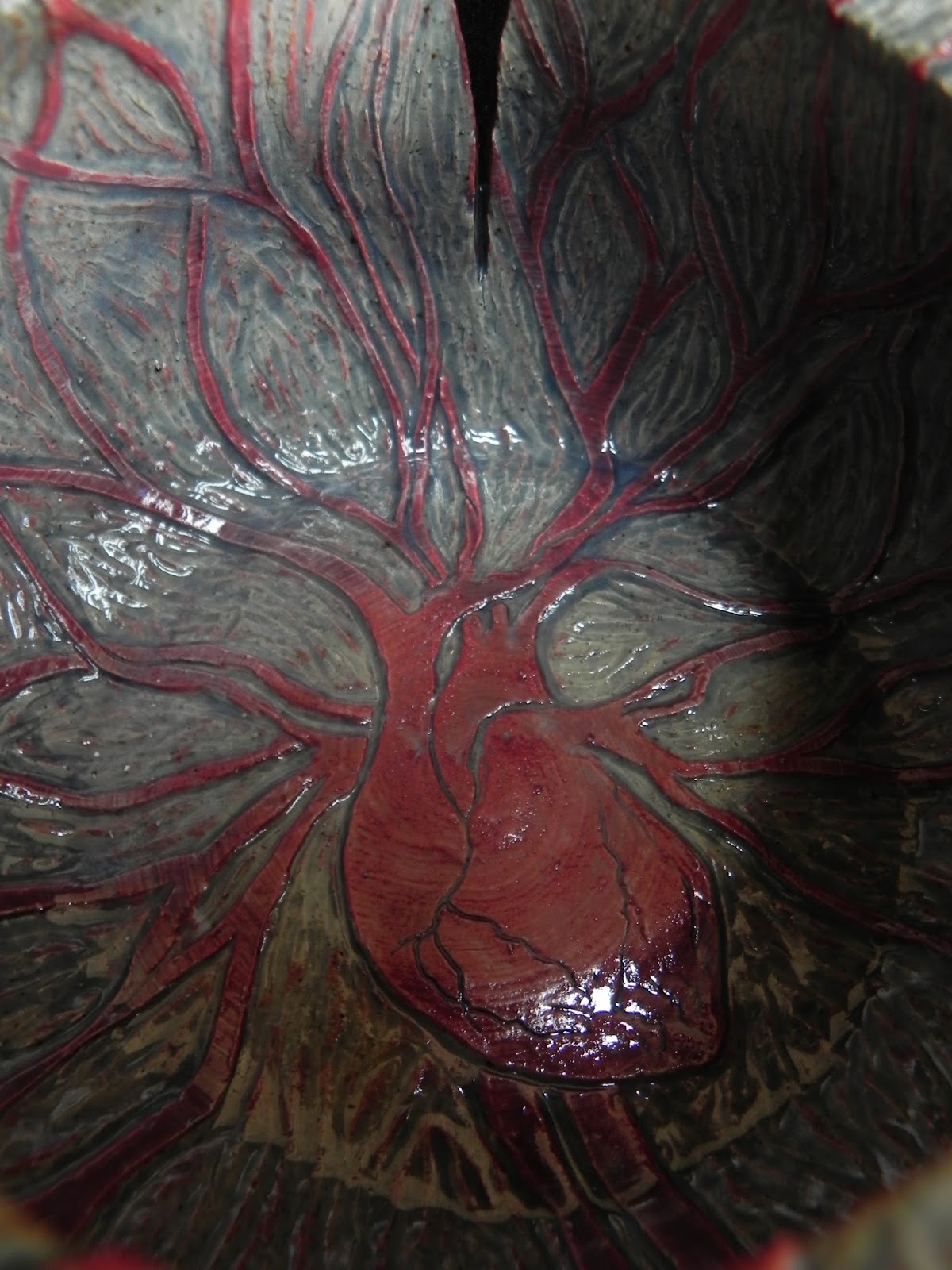 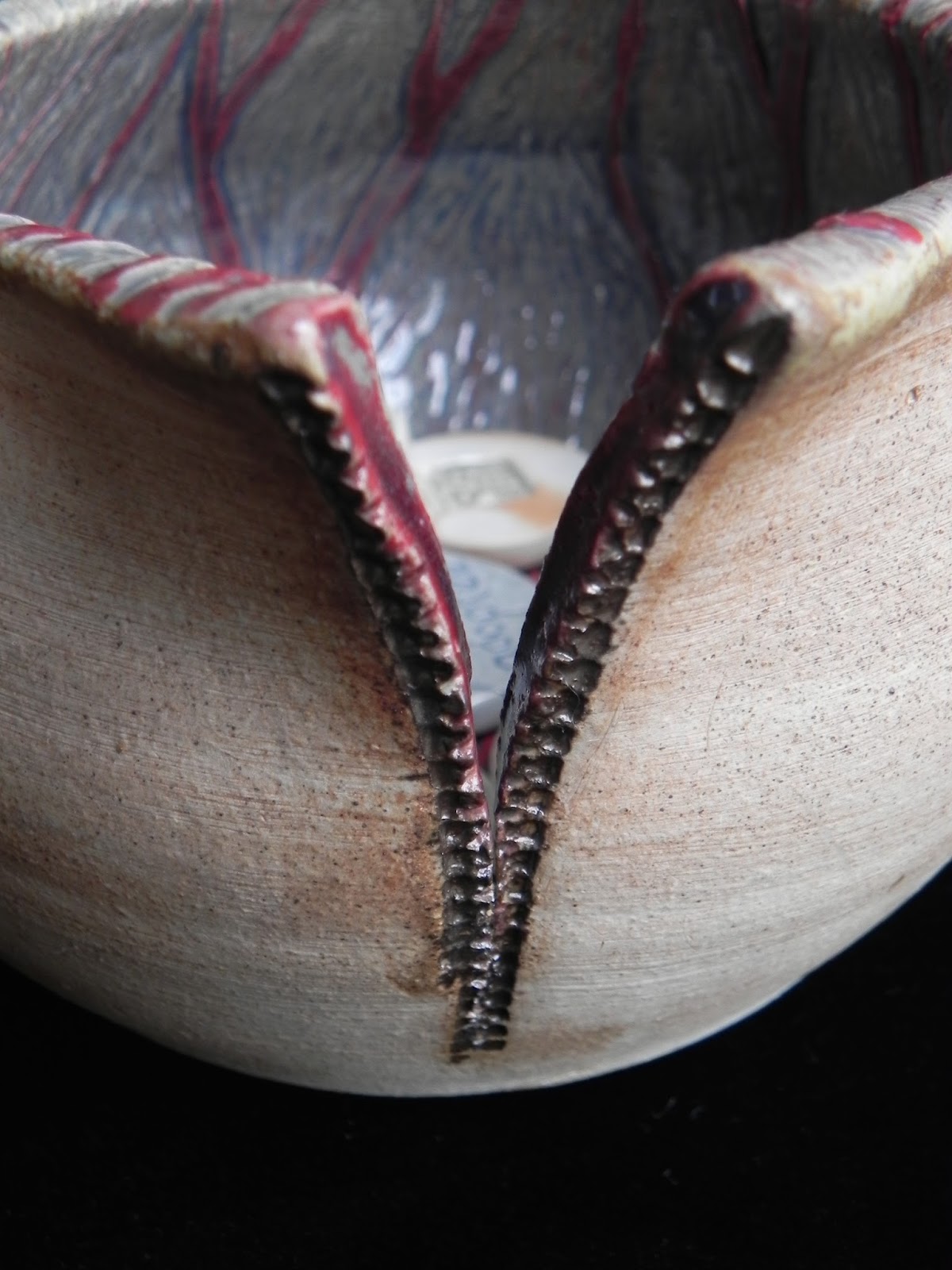 Posted by mothermade at 6:46 PM

Thank you so much, Karen. I know I can always count our your ear.

That is so much pain .. I feel with you .. even though I am an adoptive mom .. I feel your pain .. I feel it for my kids - both of them..
thank you for putting it all in words.. its an insight I will always need to learn.
Bless your heart xo

Thank you Zeina. The mere fact that you read my blog and felt my pain shows me that you value the adoptee voice and will value your children’s voices and their search for their identities. All the best.

I can't relate to the pain of parenting because, like your daughter, I don't want children. I think the aversion started as physical, when I was about 12, but it never went away. Now, years later, I know that the primal pain of loss that I was unable to face for so many years is a big part of that decision.

I, too, am an adoptee, but I've never felt grounded enough to parent.

Thank you for sharing this. I happened upon it via Twitter. I am an adoptive mother of 2 and I so want to listen to, and learn from, adoptees who have the courage to speak their truth. I am grateful for you and others who do.

This is beautifully sad and so validating for many of us. Hugs to you and your family!!! <3

Thanks, Dana. Twitter and the Lost Daughters can introduce you to varied voices and narratives. Soak them up. Your children, when they are old enough, will appreciate the respect you have for adoptees and their stories. True empathy … that’s what adoptees need.